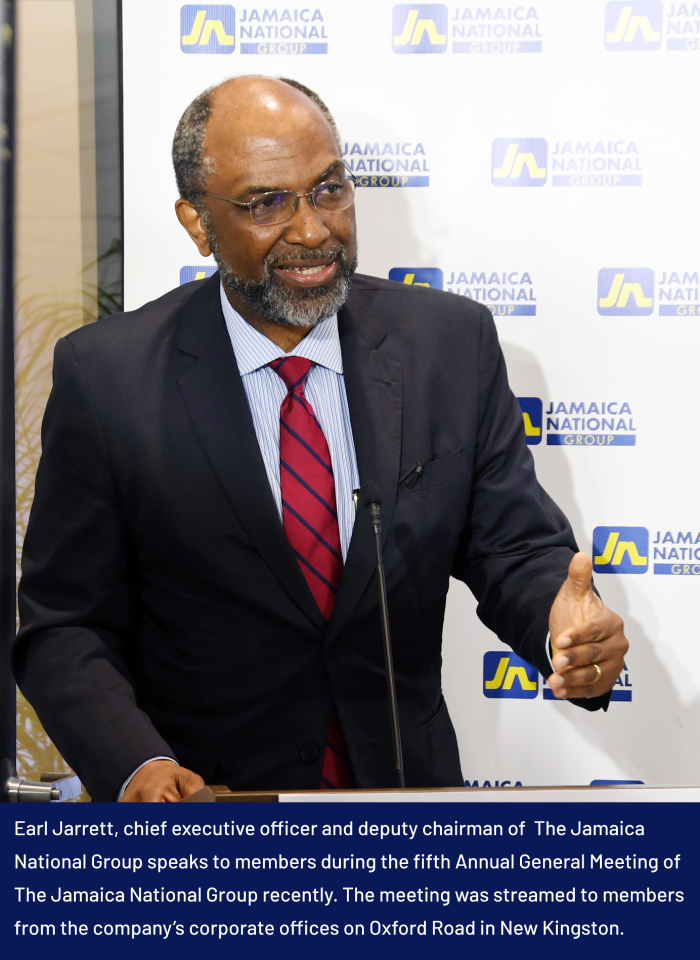 JN Money Services, the JN Group’s remittance arm, returned a positive performance during the financial year ending March 2021, as the company undertook an expansion of offerings and experienced a significant uptick in online transactions via its platform JN Money Online.

Speaking at the JN Group’s fifth Annual General Meeting held at its corporate offices recently, Earl Jarrett, chief executive officer of the Group, outlined that the company overcame severe restrictions in some diaspora markets, which prohibited the opening of some JN Money agents and branches.

“Our remittance company, JN Money Services Limited (JNMS), experienced some challenges during the period as many of our physical locations in the UK and The Cayman Islands were not allowed to be opened due to the limitations on physical gatherings and the services not being designated essential. Based on petitions made, our business was acknowledged or classified as essential enabling us to offer this much-needed service to our customers,” he explained.

However, the restrictions also provided a fillip for its online platform, as transaction volumes online grew 219 per cent during the period. Similarly, it experienced an exponential growth in the value of transactions, which rose 302 per cent.

Beyond the growth in online transactions, the 2020/21 financial year also saw the company deepening its electronic service offerings. In Guyana it expanded its services to customers by providing them with the opportunity to transfer remittances to savings accounts; while in the United States of America it allowed persons to conduct money transfers from their preferred online banking platform. Recipients were also allowed to sign up for the JN Money card online, and customers in the United Kingdom were provided with more options to fund their regular transactions when sending via a JN Money agent, branch or JN Money Online.

“Overall, the company experienced a 16 per cent growth in remittance transactions valued at more than US$460 million. We remain very proud of this entity and its consistent positive positioning of Jamaica National and by extension, Jamaica, in all our markets,” Mr Jarrett said.

JN Money Services ended the financial year with an 82 per cent increase in surplus after tax. The company’s assets also grew by almost 30 per cent.

JN Money has some 8,000 branch and agent locations that span some 15 countries to include the major diaspora markets- UK, USA and Canada- Ghana and the Philippines.