Remittances Keep Families Together At Christmas 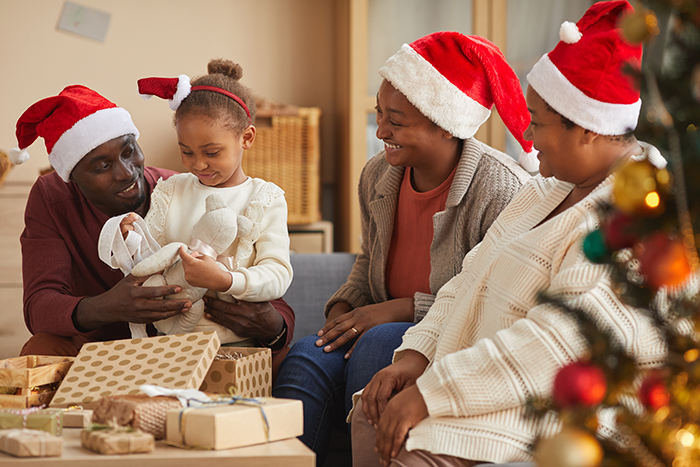 Antoinette McKenzie, a 32-year-old mother of one relies on remittances in mid-December to ensure her Christmas is indeed merry.

For Miss Mckenzie, if her mother does not send the funds it means that she will be unable to host her annual Christmas dinner, purchase gifts for her child as well as pay her bills and save. Miss McKenzie adds that the money sent from the United States of America is traditionally more than what is sent for the other months and she uses the difference to prepare her annual Christmas feast.

“The funds I receive from my mother at Christmas are normally more and so I am able to buy ingredients to bake a Christmas cake and purchase ice cream for my child. I am also able to purchase gifts for my siblings. During the year, the money is used to help with the bills and take care of my mother’s obligations and so I can’t treat them that often,” she said.

“But for Christmas because of the little extra, I am also able to prepare more meats at that time and invite friends for dinner. And if I budget properly, I am able to have some left for the tamarind season right after Christmas,” she explained.

The self-employed, St. James resident added that the COVID-19 pandemic has also brought home the importance of remittances as a social safety net during the Yuletide Season.

“For several months last year I was not making as much money as I could because many of my customers work in the tourism sector and so this made Christmas very difficult. However, with the assistance from my mother I was able provide for my son and have a little money left over to take to mid-January. This year things have been a little better but it has not been bright as previous years. But, my mother has promised to help me again,” she stated.

Data from the Bank of Jamaica indicates that there are many Jamaicans like Mrs. McKenzie who rely on the extra funds sent during the season to allow their families to enjoy Christmas.

The BOJ states that remittance sent to Jamaica is highest during the Christmas period. The central bank adds that this increase in transaction benefits many families as they use the money to pay utilities, buy food, medicines, provide pocket money, help with Christmas shopping and provide Christmas dinners. Also, in some cases, a portion of that money may be used to cover expenses immediately following the holiday season. Remittance inflows into Jamaica for December, 2020 for instance, was US$282.4 million which was almost twice the amount sent back for April – the month that recorded the lowest inflow.

Economist, Stephen Forbes points out that apart from being a social safety net, remittances at Christmas also stimulates the economy since there are more funds to spend.

“If you look at the figures, remittances during Christmas are sometimes as much as 70 to 80 percent higher than some of the other months. Normally, recipients use it to pay bills, provide for their families or other necessities. In Christmas because of the increase in volume whether from those who receive it just this time of the year, or those who receive a little more, it benefits the economy because it acts like a stimulus,” he explained.

Mr. Horace Hines, general manager JN Money Services owners and operators of the JN Money brand adds that remittances at Christmas is important for many Jamaicans because it also helps to maintain family bonds.

“For many families there is not always the opportunity to come together because of insufficient funds, there is no time or they are separated by distance. During Christmas, many families look forward to spending time with each other and one of the things that makes this possible for many families is funds sent from abroad,” Mr. Hines affirmed.

“Prior to the pandemic families would travel to spend time with each other, and funds from abroad help with offsetting some of the expenses associated with planning and hosting the Christmas gathering. For many families, if there were no funds from abroad having a gathering would be challenging. So, in addition to being a social safety net, remittances also keep families connected,” he added.

Mr. Forbes adds that with remittances representing on average about 17 percent of Jamaica’s Gross Domestic Product, its benefits to the economy are far reaching.

“For many families, it helps with the school fees and bills and at this time of the year ensures that they can enjoy the good cheer of the Christmas season. So, it is a social safety net all year round,” he stated.